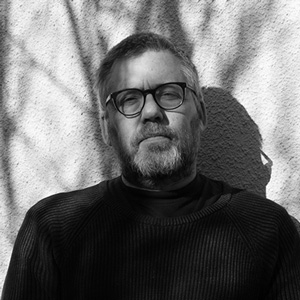 Airan Berg is a Theatre maker and Artistic Director.

He has just started his tenure as Circus Director of the Circus of Knowledge at the Johannes Kepler University in Linz.

Among other institutions Airan Berg was the artistic director of Festival der Regionen in Upper Austria and the Schauspielhaus in Vienna. He served as artistic director for performing arts of the European Capital of Culture Linz09.

Additionally he conceives and directs large scale participatory and inclusive projects such as the Creative Europe Projects Orfeo & Majnun and Centriphery, as well as Reinventing EUtopia for Lecce2019, UrbanInquiries for the National Theatre of Austria, iKEDI for iDANS Istanbul, and Floods of Fire for the Adelaide Symphony Orchestra.

Airan Berg focuses on large scale intergenerational, interdisciplinary, participatory and inclusive projects in public spaces. He connects professional artists with so called Citizen Artists, and now in his capacity as circus director he will also connect the artistic work with Citizen Science.

Airan Berg is co-founder of the initiative ‘Hunger for Arts & Culture’, which enables people living below the poverty line to participate in the cultural life.

He graduated from Brown University with a Bachelor of Arts degree in Theatre Arts.

European Conference 2021 · Cooperation projects: What are the keys to participation?