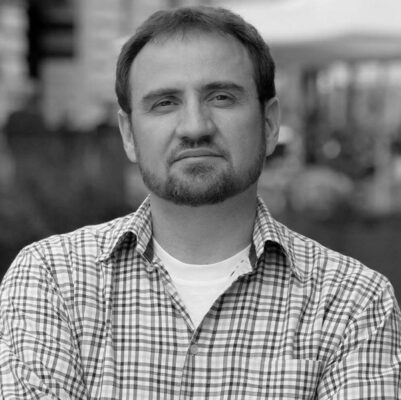 Teodor Celakoski is a cultural worker and activist. He graduated in Philosophy and Comparative literature from the Faculty of Humanities and Social Sciences, University of Zagreb. As of early 2000s he is engaged with cultural policies and institutional innovation in culture. He is a co-founder of Multimedia institute and socio-cultural centre Mama, he initiated Clubture – network for actors of independent culture, Zagreb Centre for Independent Culture and Youth Pogon – institution founded as civil-public partnership, and Kultura Nova Foundation – public institution providing support to CSOs in the field of contemporary arts and culture. Through initiative Right to the City he is engaged in defending public spaces as well as public and communal infrastructure. In 2014 he won the Princess Margriet Award, an international award for culture awarded by European Cultural Foundation. As of 2017 he is active in political life on municipal level through platform Zagreb je NAŠ! and from 2019 through national political platform Možemo!.

In the discussion on balance between elitism and cultural democracy we tackled the question of excellence and managerialism which is a dominant principle in which cultural institutions are run nowadays. It seems through many examples that none of the modes has proved sufficient to address both needs entangled in the friction of the two. For this reason, we wish to continue the discussion on the question of governance and is it possible to imagine different kinds of governance in institutions and beyond that would provide a different answer to this questions. What can we do to change the way in which institutions operate now? What is needed to make them more open? How can we open them? What kinds of new practices are appearing on the horizon and what kind of answers are they offering? What kind of institutions are needed? How does audience prefer culture to be organized?