One of the members of the Adeste Plus project team from the “Kadr” Cultural Center located in the Mokotów district of Warsaw left Kadr to talk to local people.

Walking through the backyards in Służew and through the bazaar was for the Director of “Kadr”, for Łukasz of the repertoire and for Maria – coordinator of the neighborhood space “Akumulator” a great opportunity to talk about the ways to spend free time with their neighbors and to meet and better understand the needs of your audience. They want to thank everyone for this precious time and valuable talks! 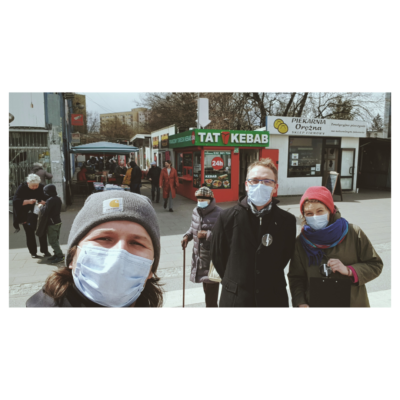 The Polish project team Adeste Plus takes to the streets to talk to the local population.

The Kadr Cultural Center is one of the most modern cultural institutions in Warsaw. Kadr’s history dates back to 1979, when a community center was established in Mokotów as a result of a grassroots social initiative. In its initial activity, the cinematographic specialization resonated with force. Today’s Kadr is a place open to diversity, inspired by many fields of art, innovative and flexible. On October 6, 2017, a new chapter in Kadru’s history began. The seat change resulted in a series of fundamental changes in the operation of the community center. The current Kadr covers more than 7,000 square meters of modern space, which includes, among others, 15 thematic studios, an auditorium, a recording studio and a photo studio. This potential allowed expanding the range of activities, introducing a new visual identity, organizing theatrical, musical and artistic events, which until now had no place, and creating a modern program aimed at all age groups, children, adolescents, adults and children. the world. old man. It also became an opportunity to build a community of guests and friends of the Kadr Cultural Center, who support the initiative from the moment of public consultations and the first sketches.

Culture is not just ideas, symbols and artifacts, it is mainly people and their stories. Through its activities, Dom Kultury Kadr integrates the local community by listening to their expectations. Kadru’s mission is to bring people closer together, reducing social distance, nurturing local ties and stories, and teaching them responsibility for their environment. 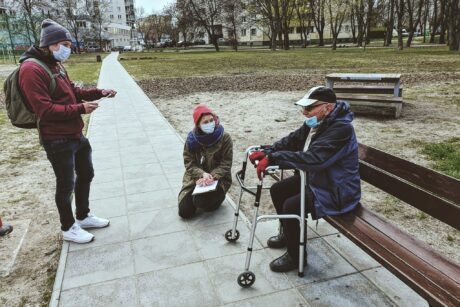